A Lesson on Forgiveness

The Adventures of Christopher Cross and Family are fictional stories based on real life situations. Grades K-6 will find these stories fun and easy to understand; the objective is to reinforce biblical truths and applications. Today's adventure lesson is on Forgiveness. 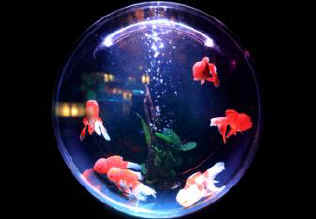 Forgiving one another, even as God for Christ's sake hath forgiven you. Ephesians 4:32b (KJV)

"Hooray!" shouted the Cross family children when they heard school was canceled due to a snow day. Chris and Lena decided to play board games in the living room while younger sister Tara helped mom bake cookies. Realizing the monopoly game was still in Lena's bedroom, Chris volunteered to go upstairs and get it.

There was a standing rule in the Cross family that Lena's bedroom door was to always remain closed. She had two pet goldfish and they were always a tasty temptation to Samson, the family cat. However, when Chris got the monopoly game he forgot to close the door, now Samson was in Lena's room lying on her bed! Before you could say lickety-split, Samson leaped off Lena's bed, knocking the fish bowl over and breaking it into pieces, and then proceeded to eat the goldfish! Licking his paws he laid back down to finish his nap.

When Chris and Lena finished playing the games, Lena went upstairs to her bedroom.

When she walked into her room and saw Samson and the empty fishbowl she screamed, "Mom!"

Mother and Chris ran up stairs. "What is it Lena, what's wrong?" mother asked.

"Someone left my door open and Samson ate my goldfish!"

Mother turned and looked. Sure enough water was everywhere, and the broken fish bowl was empty.

"Chris, it's all your fault!" Lena shouted, "You left my bedroom door open!"

Mother went over to Lena's bed and picked up Samson.

"That's right, get out Samson!" Lena screamed, "And you too Chris, I'll never speak to you again!"

Chris felt badly about what happened, he tried apologizing, but Lena refused to hear it. Sadly he left her bedroom.

"Honey I am so sorry this happened." Mother said as she helped Lena clean up the mess. "Is there anything I can do to make you feel better? Do you want some cookies or something?"

"No, that won't help!" Lena snapped. She was angry and sad at the same time and just wanted to be left alone.

When Poppa came home from work, mother told him about the goldfish incident. A few minutes later Lena heard a knock on her bedroom door. It was Poppa, "May I come in?" he asked.

He sat on the edge of Lena's bed while she told him all about what happened.

"I am very sorry for what happened," Poppa said, "But Lena, you need to forgive Chris."

"Why? He's been told a gazillion times not to leave my door open!"

"Because God has forgiven you." Poppa said gently.

"Let me ask you this, have you asked Jesus to wash away all your sins?" Through her tears Lena nodded her head.

"Why do you think Jesus forgave you? Did you deserve it?"

"No." Lena admitted, "I didn't deserve it. He forgave me because He is kind, forgiving, and He loves me."

"That's right," said Poppa, "And now that you have been forgiven, you too must forgive others."

Lena's Bible was on top of her dresser, Poppa picked it up and turned to Ephesians 4:32 and read, "Forgiving one another, even as God for Christ's sake hath forgiven you."

Because Lena loved Jesus and would never want to make him sad. She declared, "If Jesus says I must forgive others, then with God's help, I will do it!"

When they went downstairs Chris was sitting alone in the living room. Lena walked over to him and hugged him. "I know you didn't mean to leave my bedroom door open, will you please forgive me for screaming at you and saying mean things?"

"I forgive you, Lena," Chris said, "And again, I'm really sorry about your fish. I should have shut the door."

Chris felt better knowing Lena had forgiven him. Although Lena was still sad about her goldfish, she was happy she had obeyed Jesus and forgave her brother.

After dinner Poppa surprised Lena by taking her to "Fish-R-Us," where she got to pick out two new goldfish. She also bought some colorful rocks, and a small golden treasure chest to put inside her new fish bowl. When it was their turn to pay, Mr. Owens, the cashier, said, "Just got them there fish bowls in today. Did you see the fancy new tops that fit over the bowl?" "No," Poppa and Lena replied.

"Well, I got one right here behind the counter I can show ya." Mr. Owens pulled out a top that fit perfectly over the fish bowl. It had small holes on the top so the fish could breathe, an opening for fish food, and when the bowl needed to be cleaned, the top snapped easily off and on.

Poppa and Lena looked at each other and smiled. "Sold." said Poppa, "We'll take one!"

That night after Lena said her prayers, she yelled good night to her brother Chris and told him she loved him. She also said goodnight to her new goldfish who were swimming happily in their new fish bowl with the covered top, and she gave Samson (who was now allowed to sleep in her bedroom) a big hug, and told him she forgave him too, and then she drifted off into a peaceful sleep.

Prayer
Dear Jesus, thank you for forgiving our sins. We pray that we too will be as forgiving with one another as you have been with us. In your precious Name we pray. Amen.

Story Activity
You will need white construction paper, pencil, fish stickers, crayons and or markers, scissors, and possibly glue. On white paper draw a fish bowl, use blue crayon to color water in it. Cut out fish bowl add some fish stickers, if you want to get really creative draw some plants and colorful rocks in the bowl. Use leftover white paper to make a fish bowl cover and glue it on.

As children color, ask them to think of someone they need to forgive. Prompt them to say a silent prayer to God, asking Him to help them forgive whoever that person or persons might be.